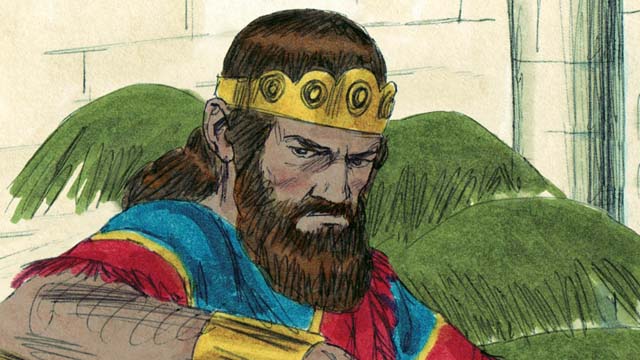 KEY SCRIPTURE: 2 Samuel 13:21” But when king David heard of all these things, he was very wroth”.

Evil began brewing in the house of David. One of the sons of David, that is his first son called Amnon raped his own sister called Tamar. A demon of immorality has entered into the house of David. It is right, describing how this happened to accuse Ammon for this error. Without holding brief for him yet he was under a great influence of evil without any support or assistance to overcome. His father by his actions had permitted the ‘enemies of God’ into his house. Now the David who enjoyed a life of peace and victories all around is having his home and life in deep trouble.  For a life of peace and a continual stream of successes decide to honour God and his word no matter the situation.

What do you do when you faulter and the enemy turn the heat against you? God our Father is never happy when things go that way, but has made a way in Christ for victory.  It is when the child of God allows   guilt to fill his mind that the enemy freely rain a barrage of attacks upon attack on him. The Bible says there is therefore now no condemnation for those who are in Christ Jesus who walk not after the flesh but after the spirit”. (Romans 8:1). Some versions omit the second part that says “those who walk not after the flesh but after the spirit”. This part cannot be taken out because the subsequent verses teach that to walk in the flesh is death. When you walk in the flesh you are condemned. What does it mean to walk in the flesh? It simply means to walk according to the senses. One simple word for this is unbelief. Unbelief means you walk according to what you can see or feel. Faith is to believe what God has said although you don’t see or feel it. When you act and live this way nothing can defeat you.

Jesus was punished for us. (Isaiah 53:4-5). Be strong to stand your ground on the finished work of Jesus. Tell the devil he cannot punish you for whatever has happened. Jesus was punished for our sins and you don’t have to suffer for it. The scripture claims that the man who takes a stand on what the scripture had said has no condemnation. God does not condemn you, and Satan cannot condemn and afflict you because you are walking and trusting in Jesus’ finished work.

Please note that the strength of sin is the law. Don’t place yourself under the law. Take advantage of the great sacrifice and penalty Jesus suffered for us. In such occasions Satan would not easily give in. Do hold your ground and fight your way to freedom. Speak out the promises of scripture and rest on them.

O God open the eyes of all Christians to walk in the Spirit and consistently take their stand against the enemy. May the body of Christ grow into its full stature, that is like Jesus.

Ephesians 6:10 ” Finally, my brethren, be strong in the Lord, and in the power of his might”.

1 Timothy 6:12 ” Fight the good fight of faith, lay hold on eternal life, whereunto thou art also called, and hast professed a good profession before many witnesses”.