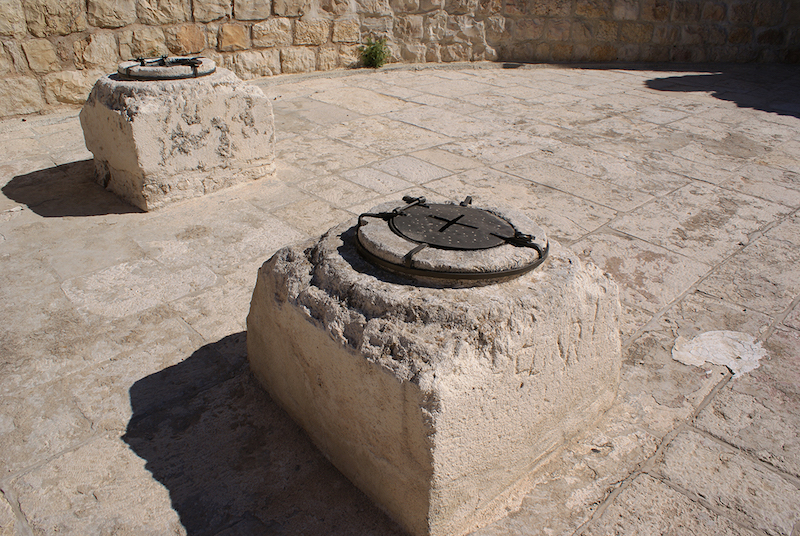 KEY SCRIPTURE: 2 Samuel 23:16 ” And the three mighty men brake through the host of the Philistines, and drew water out of the well of Bethlehem, that was by the gate, and took it, and brought it to David: nevertheless, he would not drink thereof, but poured it out unto the LORD”.

King David desired for water from the well of Bethlehem. The Philistines had formed their garrison or defense at Bethlehem. These three men, Adino, Eleazer and Shammah went against the host of the Philistines and broke through their ranks and went to fetch the water for king David.

King David took the water and said “……be it far from me, O Lord, that I should do this: is not this the blood of the men that went in jeopardy of their lives? Therefore, he would not drink”. (2nd Samuel 23:19). David was never a self-centered, pleasure seeking man. He valued and respected the lives of his men. The brave act of these three men warranted his praise and honour. His refusal to drink the water was a great sign of honour for these men.

Let us appreciate every act of love and kindness that others show to us. We should not be occupied with ourselves but acknowledge the grave sacrifices made by those who have done us the kind deed. No matter how simple or big it may be, the fact that, the person thought about you and made that sacrifice, you must appreciate and honour them or the person with your thanks or gratitude.

What made these men so fearless? They had seen this trait in David. They saw in David a man who feared God and had fear for nothing. They followed the faith of David and considered the end or results of his faith (Heb 13:7) The bible described all those  who came to follow David in 1st Samuel 22:2 as  follows “And every one that was in distress, and everyone that was in debt, and everyone that was discontented gathered themselves unto him, and he became captain over them….”. Out of these men who were in debt, distress and discontented were raised men of great impact. They were basically failures, yet they found in David a man who had faith in God. Character is always contagious. Be careful who you align with. Fearful people would put fear in you. Men of faith, would likewise stare in you, faith for exploits. Choose your associations well. Don’t fall into associations, choose your associations. Look for men with great qualities to pattern your life after. They should be men who love and are fearless and not self-centered people.

WHO IS YOUR FRIEND? WHO DO YOU LISTEN TO? WHAT KIND OF EXAMPLE DO YOU SEE? THAT IS WHAT YOU WOULD BECOME IF YOU ALLOW IT.

Heavenly Father help your children to be very wise as to choose their friends rightly. May they follow after men of committed to doing your word.

Hebrews 13:7 Remember them which have the rule over you, who have spoken unto you the word of God: whose faith follow, considering the end of their faith