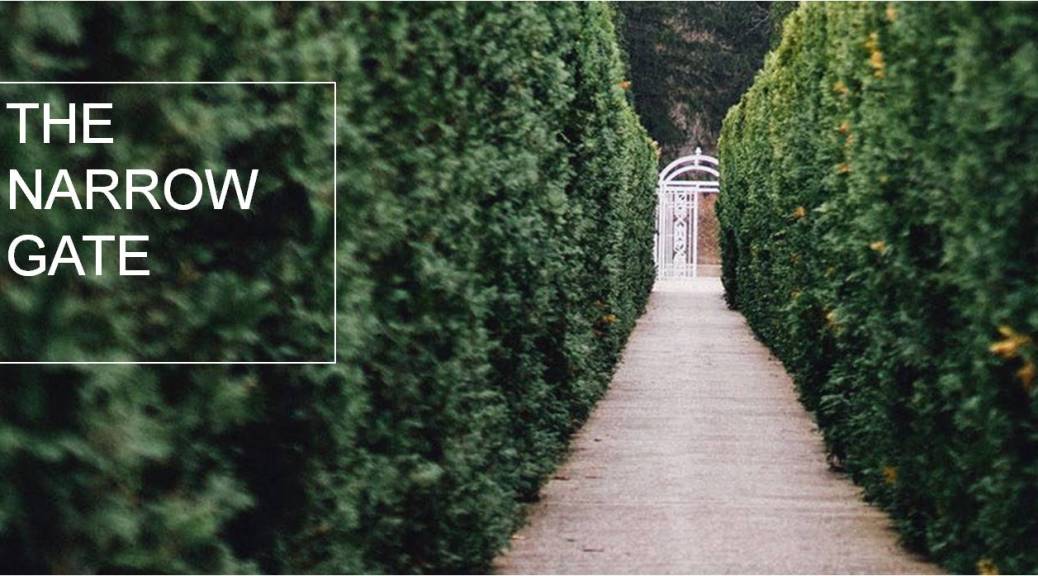 KEY SCRIPTURE: Luke 13:24 KJV” Strive to enter in at the strait gate: for many, I say unto you, will seek to enter in, and shall not be able”.

The Lord calls on us to strive to enter the kingdom. The call to ‘strive’ to enter into glory reveals there is an opposing enemy to stop us from getting to our destination. If this is so concerning the Christian, then it is more serious for the man who has not found Christ. Apostle Paul speaks of adversaries that would not allow him to possess and do what God has commissioned him to do. 1 Corinth 16:9 KJV “For a great door and effectual is opened unto me, and there are many adversaries”.

There is an enemy who schemes and does everything possible to possess the souls of men.

What is the modus operandi of the enemy? The number one strategy of the devil to steal the souls of men is deceit. He tells men he does not exist. He tells men everything that occurs is as a result of natural forces. He entices men to sin and assures them, that the best way to live is to do that which will make you feel satisfied. The devil may raise certain individuals to be men of God to serve his purposes so people would ridicule the gospel and the church. Rev 12:9 KJV “And the great dragon was cast out, that old serpent, called the Devil, and Satan, which deceiveth the whole world: he was cast out into the earth, and his angels were cast out with him” .He seeks to get you into sin and rebellion against God. In Europe the craze for homosexualism is stirred by the believe that there is no God. Almost all governments in Europe and other affluent nations accept these things. They get irritated at the site of the Bible. It is evil spirit that stirs up hostility against God, so he could destroy their souls in hell. Be wise and don’t fall for that

Satan is a master deceiver The Bible says he deceives the whole world. Many are they that have fallen for his deceptions. Events around show that Satan actually exists and he is behind all the evil going on. Dear brother or sister stop buying what the devil is saying to you. You would end up in hell fire if you don’t make a turn from your ways. Listen to the Lord of life and what he says, Rev 3:20 KJV “Behold, I stand at the door, and knock: if any man hear my voice, and open the door, I will come in to him, and will sup with him, and he with me” .Turn from the deceiver and accept the request from our Lord Jesus. You may pray the following prayer

Dear heavenly father I come to you in the name of our Lord Jesus. I have fallen to the deceptions of the devil. I accept the truth about you and believe you died for my sins. You rose to life on the third day. I now confess you as the Lord of my life. Amen.

2 Corinth 11:3 KJV” But I fear, lest by any means, as the serpent beguiled Eve through his subtilty, so your minds should be corrupted from the simplicity that is in Christ”.

John 8:44 KJV “Ye are of your father the devil, and the lusts of your father ye will do. He was a murderer from the beginning, and abode not in the truth, because there is no truth in him. When he speaketh a lie, he speaketh of his own: for he is a liar, and the father of it.”