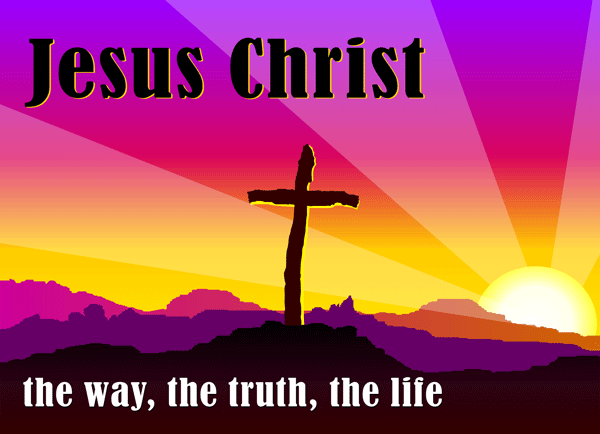 KEY SCRIPTURE: John 14:6 ISV “Jesus told him, “I am the way, the truth, and the life. No one comes to the Father except through me.”

The Lord Jesus said emphatically to His disciples and effectively to all men that He is THE way. This statement gives no room for any other person, system or religion to suggest an ALTERNATIVE way. Our Lord seriously distinguishes Himself as outstanding in every area where one could make any comparism. Why does Jesus stand out?

Anyone who claims to be the only savior should have certain unique qualities. He was born of a virgin mother without a human father. Mat 1:18 ISV ” Now the birth of Jesus the Messiah happened in this way. When his mother Mary was engaged to Joseph, before they lived together, she was discovered to be pregnant by the Holy Spirit. “He lived a sinless and unique life. Heb 4:15 ISV” For we do not have a high priest who is unable to sympathize with our weaknesses. Instead, we have one who in every respect has been tempted as we are, yet he never sinned”. He lived a life of outstanding miracles. Healed multitudes of their sicknesses, fed thousands of people, raised the dead after four days. He walked on water and turned water into wine. He was finally crucified, (whiles the prime judge, Pontius Pilate declared, He finds no fault in Him.) but rose back to life on the third day. His grave remained empty.

As the true savior He continually shows Himself alive to various kinds of people. Many hardened and psychologically sound Muslims have encountered the risen Christ. They all repented from their faith and bowed to Him. He continuous to work miracles in the lives of all people of all races. By a simple and sincere prayer. He always shows up to bless and deliver the troubled. Dear reader, don’t be confused by the so call multiple religions, or philosophy, science or the traditions of men. Act 4:12 ISV There is no salvation by anyone else, for there is no other name under heaven given among people by which we must be saved.” He said He is the only way, and He has proved it He is able to save any who call on Him. If you are in another faith and wondering which is the way just pray sincerely now. Saying Lord Jesus, I want to know you, let me know you are the only way. If you would say this prayer sincerely, He would show you He is the only way.

Dear Lord Jesus I declare you are the only way, the truth and the life. You are my Lord and I would live to honor you. Amen.

Colossians 1:16 ISV” For by him all things in heaven and on earth were created, things visible and invisible, whether they are kings, lords, rulers, or powers.   All things have been created through him and for him.”