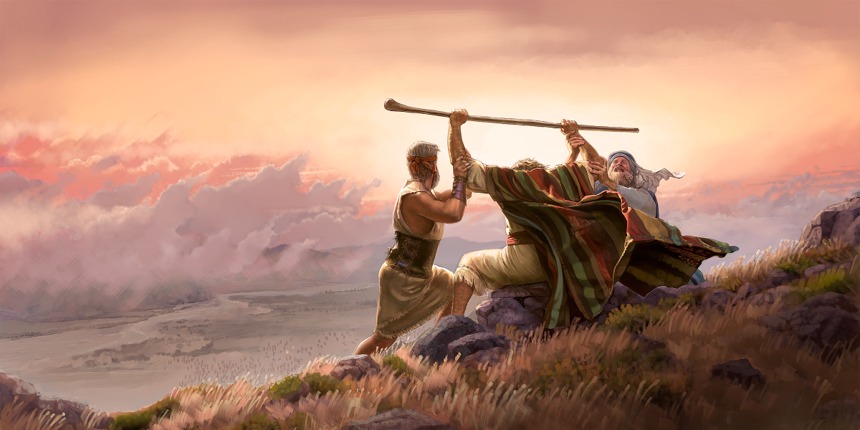 Proverbs 24:10 KJV” If thou faint in the day of adversity, thy strength is small.”

Everyone living on this earth will certainly have a day of adversity. This is what the Bible calls an evil day. (Eph 6:13). Each person must be prepared to stand and overcome. Adversities may come in any form. It could be a health issue, a business challenge, something against your faith or a temptation to sin against God’s word. The key scripture says if you fail in such times, your strength is small.

During the Lord’s sermon on the mount he explained why some people overcome in such times and others fail. “Matthew 7:24 – 27. The Lord said those who hear His word and do it, are like a man who built his house on the rock. The rains and floods came against it, yet it stood still. He also added that the man who hears His word but fails to do it, can also be likened to the man who built his house on the sand. The same rains that attacked the first man, came on his house but it crumpled. He called this person a fool. The word of God has God’s life in it. It is an indestructible life (Heb 4:12). This life possesses the man who does what the word says, the man who does not do it knows the word in his head but does not have the life of the word in him. I listened to the testimony of Zona Hayes, daughter of Rev Novel Hayes. Her confidence in God and His word brought her the victory against the following cases. She had, a bad heart condition, a cancer, lupus, and was given a month to live, was on dialysis for three months for kidney failure, and had a relapse but this time stopped it by faith. She overcame all these life threatening conditions by acting out her faith. She says she overcame by doing what the word says. She has written a book titled ‘overcoming faith’. Be wise and heed the advice of Jesus, believe and do what the word says.

From Jesus own statement, nobody is special, favored or exempted from adversity. His word is always available for everyone to apply. Feed on it, believe it, and do as it says. Doing the word may not be pleasant at times. You may have to stand alone to do what He says, you may have to make some sacrifices to obey. In some cases, you would appear stupid to do what the Lord says. No matter the cost, it will always pay the best dividend and you would be the wise one ultimately. Your strength would not fail.

God’s word is life and light. I do always what the word says. It may not appear reasonable yet I do it all the same. I am a blessing and have divine strength to overcome every assault of the devil.

James 1:25 KJV” But whoso looketh into the perfect law of liberty, and continueth therein, he being not a forgetful hearer, but a doer of the work, this man shall be blessed in his deed.”

Luke 8:21 KJV” And he answered and said unto them, my mother and my brethren are these which hear the word of God, and do it.”