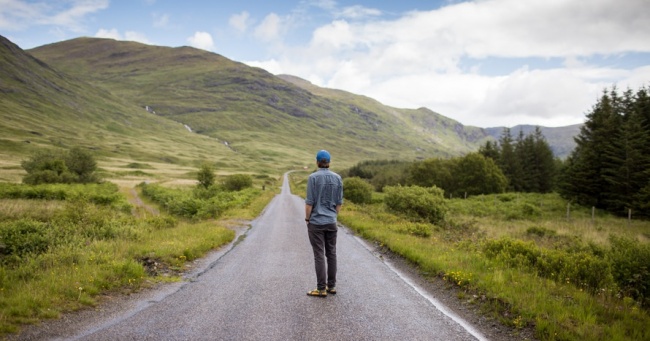 KEY SCRIPTURE: Luke 15:20 KJV “And he arose, and came to his father. But when he was yet a great way off, his father saw him, and had compassion, and ran, and fell on his neck, and kissed HIM”.

The story of the prodigal son reveals the gracious heart of our father God. The bible says in Luke 15:12 that the younger son asked His father to give him the inheritance that was his. The father divided His inheritance and gave his to him. It was wrong for him to demand his share of the inheritance when the father was alive, yet he gave it to him anyway. This father represents our heavenly father in this parable. If the father would give such a request to this son, then no good thing would the Lord refuse to give us His children. Many of us easily give up and claim God says no. If He has promised it, then He will not deny you. It is your unbelief that can deny you the answer

Please note: that the father did not only divide and give the younger son, but he gave the elder son as well. (vrs 12). This did not leave the father as a poor man. There is nothing too big for God to give you. After this young man had finished his wealth on riotous living, he joined himself to a citizen of the country. The man made him feed swine, without any salary. Never join yourself to the ways of this world, it would cause you to do more filthy things without any liberty. This boy finally came to his senses and decided to go back to the Father

HE rehearsed what he would say to his father. This is how Luke 15:20 describes what happened, “And he arose, and came to his father. But when he was yet a great way off, his father saw him, and had compassion, and ran, and fell on his neck, and kissed him.” Dear brother, if you have fallen short of God’s word in any way, God is not mad at you. He wants you back.

The father gave him the best treat. He was given the best robe, that is righteousness. He was also given a ring. This stood for authority. He was given a shoe on his feet. This was his right to possess any inheritance. His sin was unpardonable yet, the father’s desire was to have him back. His wrong choices gave him all the punishment he needed. Punishment is a means to get you into the correct path. If you get on the right path, then there is no more need for any punishment. God’s interest is not to punish you, but to produce His best through you. Turn away from your sin and come back to Him.

I thank my heavenly father for his great love and mercy towards me. He accepts me each time I turn fully to Him. He honors me with His best provisions. I am fully endowed with every good thing to excel in Jesus name.

Isaiah 55:7 KJV “Let the wicked forsake his way, and the unrighteous man his thoughts: and let him return unto the LORD, and he will have mercy upon him; and to our God, for he will abundantly pardon” .

Ephesians 2:4 KJV” But God, who is rich in mercy, for his great love wherewith he loved us,”