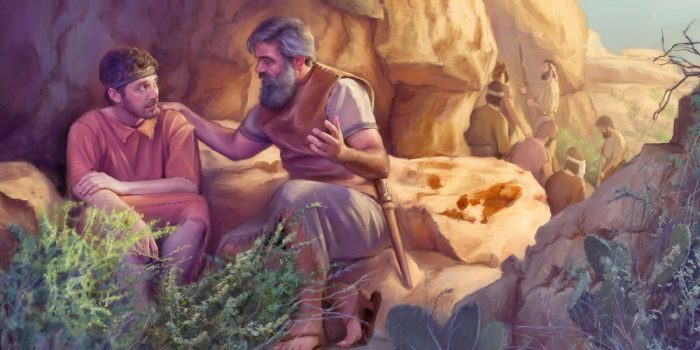 KEY SCRIPTURE:1Kings 22:10 KJV “And the king of Israel and Jehoshaphat the king of Judah sat each on his throne, having put on their robes, in a void place in the entrance of the gate of Samaria; and all the prophets prophesied before them”

King Jehoshaphat, a man who feared God decided to go into a league with king Ahab of Israel who did not give that much honor to God. Ahab asked Jehoshaphat to join him fight the people of Ramoth Gilead. King Ahab had had encounters with God, that should have caused him to humble himself, yet his attitude towards God was the same. God was therefore not with him. It was rather ironical for king Jehoshaphat to be such a close friend to him. When king Ahab did not agree with Prophet Micaiah’s prophecies, he decided to imprison him till he had returned from the battle. This was done right in the presence of king Jehoshaphat. Why should you have a friend whose actions implicate you before God? The input of others in our life can always be necessary for one’s advancement, yet you have to be very circumspect in selecting the kind of friend you keep. A bad associate would make or break you up.

King Jehoshaphat was nearly killed in the war he went with king Ahab, because they took him for king Ahab during the war. What brought his life into such a danger? Because of his association with an ungodly man Ahab. Dear servants of God, who is your friend.? There are certain men of God who have joined certain occultic sects because of the close friends they had.  Some have become womanizers, because they associated with other ministers who had that tendencies. 1Co 15:33 KJV” Be not deceived: good communications corrupt good manners.” Evil relationship would definitely corrupt you.

Some have lost their vision for their lives because of the kind of company they took.

Why do certain servants of God maintain some type of friends although these people have characters or persuasions that would not help them become who they should be? Some keep such friends because of their childhood relationship. Others are also very easy going and relate very cordially with all those who come close to them. Dear child of God, you must choose your friends, allowing the Holy Spirit to lead you. Note, a bad friend can lead you to hell.

Father, help me by your Spirit to know the truth about all my close associates as well as new ones who may be coming close to me.

Exodus 23:33 KJV” They shall not dwell in thy land, lest they make thee sin against me: the for if thou serve their gods, it will surely be a snare unto thee.”