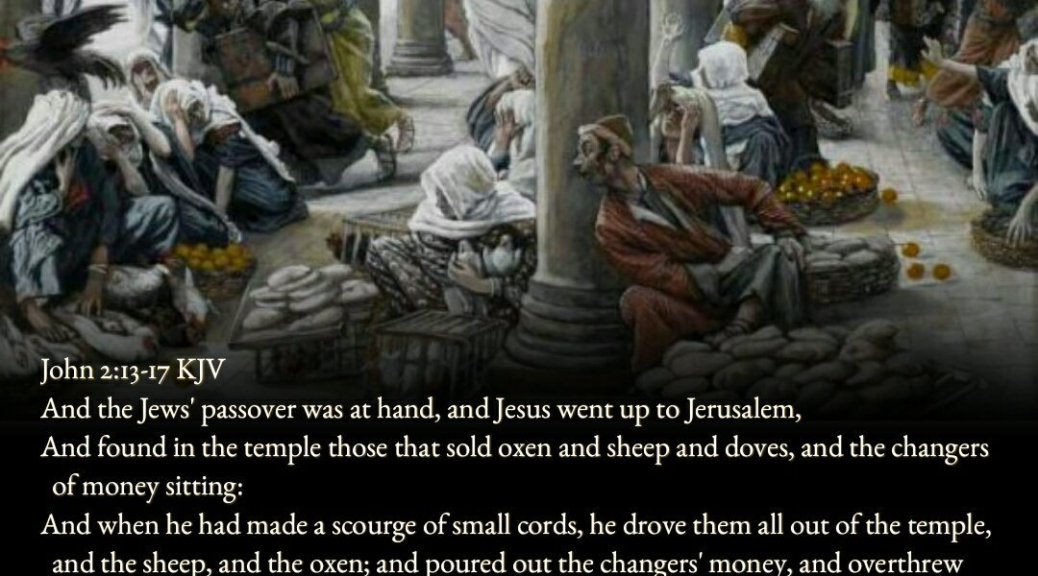 KEY SCRIPTURE: John 2:17 KJV “And his disciples remembered that it was written, The zeal of thine house hath eaten me up.”

An activist is a militant reformer. We have encountered such activists in men or women who stage a revolution. Such men are fearless and even ready to die to achieve their course of bringing the kind of change they desire.

The Lord Jesus came at such a time that the Israelites had a history of going through cycles of hoping from exile to hardships because they broke the laws of God. This was the reason for the synagogues and the evolution of the pharisaic group that taught God’s laws, so they would not enter into those punishments. As a result of this, they established the Pharisaic group who were the custodians and teachers of the law that would make them obey God’s laws and not incur His judgment when they broke the law. Unfortunately, these Pharisees and the high priest made the practice of the law a tradition of men. The Lord Jesus came to establish a new order of relating to God. It was also a new covenant. The Pharisaic order, coupled with the Roman administration was a very tall order for Him to overcome. He needed to be very strong and tough to penetrate this order and establish the new order.

He needed to be resolute and set His face as a flint. Isaiah 50:7 KJV “For the Lord GOD will help me; therefore, shall I not be confounded: therefore, have I set my face like a flint, and I know that I shall not be ashamed.” Flint is a very hard rock. From the very first time, He started His ministry to the final day He died; He was faced with hostilities. They were constantly at His heels to cause Him to err against the Roman regime or the law of God. The story of our key scripture is about The Lord Jesus who made a whip to drive out all those who were selling and changing money in the temple. He overturned their tables and actually cleaned up the temple.

He was not in any way afraid of their faces. He told them the truth always. Herod who killed John the Baptist, could not intimidate Him. Luke 13:32 KJV “And he said unto them, Go ye, and tell that fox, Behold, I cast out devils, and I do cures to day and to morrow, and the third day I shall be perfected.”

He was totally given to doing the will of God and so when Peter rebuked Him about not going to the cross, He addressed Peter as Satan who perverted the way of God but exalted the ways of men. Matt 16:21-24

The Lord boldly went to the cross to suffer such shame because He came to establish a new order. What do we learn from His example?

The student is never greater than the master

As the Lord selflessly committed His life to achieve so much for the Father, so do I commit my life, to also be an activist, challenging the standards Satan has set in place to influence humanity.

Matt 10:24 KJV “The disciple is not above his master, nor the servant above his lord.”

John 12:24 KJV “Verily, verily, I say unto you, Except a corn of wheat fall into the ground and die, it abideth alone: but if it die, it bringeth forth much fruit.”