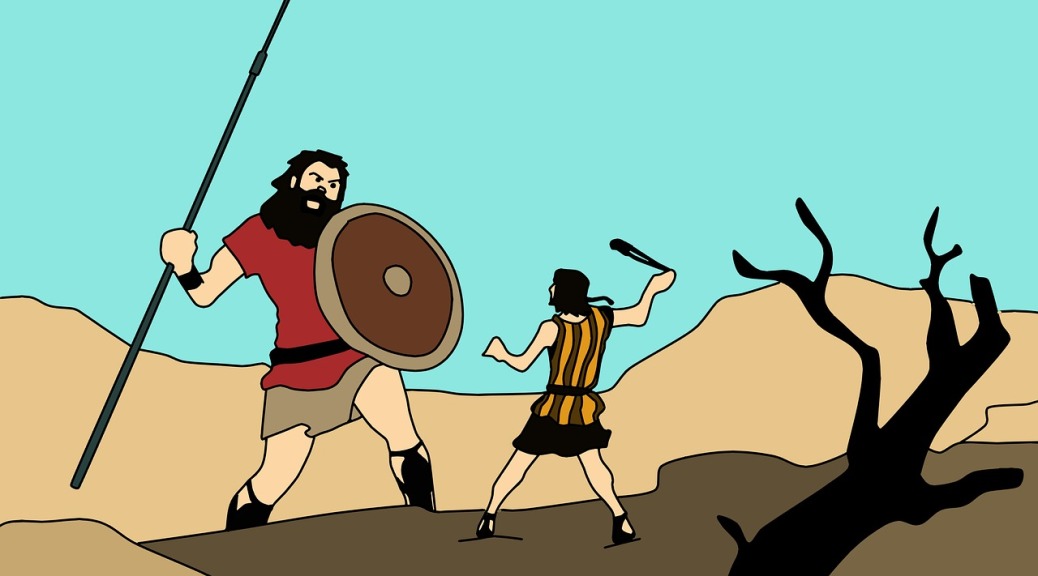 KEY SCRIPTURE: John 9:3 KJV “Jesus answered, Neither hath this man sinned, nor his parents: but that the works of God should be made manifest in him”.

When Jesus’ disciples asked about who sinned that, the man was born blind, they were expressing an attitude of people who don’t easily fit into God’s concept of those He would want to work with. They were seeing problems, the cause and effect of the cause. They focused on man and the failure in him. The Lord showed them how they must see issues of life in God’s perspective. In every situation, no matter how bad it may physically appear God seeks to receive glory out of it.   The man God will use in such moments is able to see how God would be glorified rather than looking at the weaknesses of men, and their failures. This virtue of looking beyond human shortcomings and weakness to see the power of God coming into the situation is called FAITH.

When David got to the arena of battle, between Israel and the Philistines, he did not see danger and failure in sight. He rather saw a big opportunity to bring glory to God. 1 Samuel 17. Every other soldier was paralyzed with fear. 1Samuel 17:11 KJV” When Saul and all Israel heard those words of the Philistine, they were dismayed, and greatly afraid”. In the midst of apparent danger David said, he would go and fight him, and take away the reproach against God and His people.

When Daniel was threatened to be thrown into the lion’s den, he was not moved or worried, rather his concern was to bring glory to God. God is ever ready for any man who will take such a stance for Him.

Do you want to be a candidate for God’s glory, then stop seeing difficulties and dreadful situations? Start celebrating about the glory of God, which is about to be seen.

Are you in a situation that is causing you to sing the praises of the devil? Complaining, worrying and confessing any defeatist talk, is a way of praising the devil. Satan should never be given any grounds to rejoice over our lack of faith in our Father. Use most of your time to build your confidence in God, by receiving His word. (Rom 10:17). Take steps to trust in him by putting His word into action. David put his faith into action by killing the lion and the bear, and when a bigger opportunity came, he was never taken aback

To every dark situation there is a brighter side, ready to be revealed. By faith I always see that brighter side. This glorifies God and He stretches forth His hand to reveal His glory and power. The darkness is always rendered only as a mirage.

Numbers 13:30 KJV “And Caleb stilled the people before Moses, and said, Let us go up at once, and possess it; for we are well able to overcome it”.