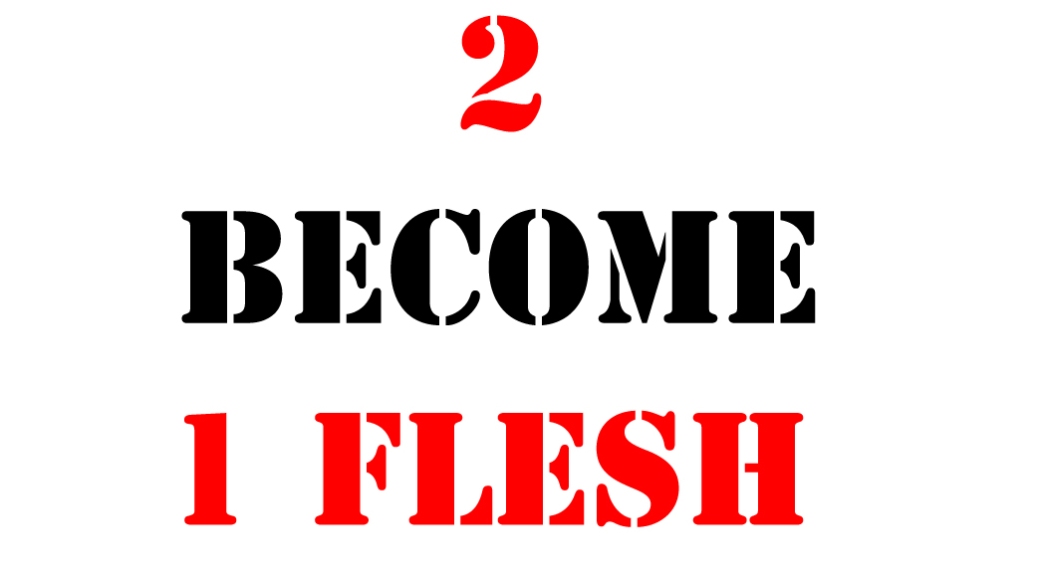 KEY SCRIPTURE: Matthew 19:6 (KJV). “Wherefore they are no more twain, but one flesh. What therefore God hath joined together, let not man put asunder.”

The Lord Jesus iterates again that when two people are joined in a marriage the two of them become one flesh. This is a marriage concept that was established by the wisdom of God and must be accepted by every couple, if they wish to have a successful marriage.

1.It implies they must have one mind. It is true love for each other that makes this possible.  As two separate individuals, there would certainly be divergent views on lots of issues, but love will easily help the two to agree on a common view. Having one mind also means they must not be telling lies to each other. Marriage is built on trust, and lies easily destroys the trust

2. THE next implication of one flesh is that, none of the couples claims anything belongs to him or her irrespective of who bought it. Every contribution is a cooperate one. Husband or wife does not claim, I pay all the bills, and bought this or that, rather, it should be, we bought this or that. Everything is in the name of the two.

3. The third implication of one flesh is that, none of the two should engage in sexual activity with a third person. It is confusion. Any such act means engaging the other partner in an illicit act. He or she is always part of you. It is fornication and destroys the one flesh relationship between wife and husband.

4.The fourth implication for being one flesh is that husband would not assault the wife, neither would the wife also assault the husband. How can a man take a club and hit his own head with it? Give the best of treatment to each other, for you are one.

Marriage is a miracle union, designed by GOD and must be handled according to God’s terms for the peace, comfort and longevity of it.

Ephesians 5:28 (KJV). “So, ought men to love their wives as their own bodies. He that loveth his wife loveth himself.”